Your source for Lobo scores and news.
Lobo Football News

After 13-week hiatus due to COVID-19, Lobos begin workouts
It’s been 13 weeks since LISD athletes have been able to work out together on-campus, but that changed June 8 as Lobo athletes returned to campus. Read LN-J article

2019 football team honored at annual football banquet
LISD Athletics held its annual banquet this week honoring the 2019 Lobo football team. At the banquet, Tyshawn Taylor and Haynes King were named permanent team captains while Drew Beltran and Kaden Meredith were named the Defensive and Offensive MVPs. All four honors were voted on by the team. Read LN-J Article

Dallas Jesuit upsets Longview in area round, 27-25
It just wasn't the Lobos' night. Longview played catch up the entire game and came up just short, losing in the area round to Dallas Jesuit, 27-25. Jesuit running back E.J. Smith rushed for more than 100 yards and scored four touchdowns in the Rangers' victory in the Class 6A, Division II, Region II area round playoff at Kincaide Stadium in Dallas. Longview finishes its season at 11-1. Congratulations to Lobo players, head coach John King and his staff on a great season.

Longview will face Dallas Jesuit in area round Nov. 22

The Lobos will take on Dallas Jesuit Prep (7-4) in a Class 6A, Division II, Region II area round playoff at 7:30 p.m. Friday at Kincaide Stadium in Dallas. Jesuit defeated Lakeview Centennial, 45-14, in the first round of the playoffs. Ticket information is TBA.

Lobos dominate Temple in first-round playoff game
The Longview defense gave up a long touchdown pass on the second snap of the game for the Temple Wildcats, but that ended up being the only touchdown Temple would score. The Lobos ended up defeating Temple, 41-10, Nov. 15 in a Class 6A, Division II, Region II bi-district playoff at Lobo Stadium. Kaden Meredith rushed for more than 200 yards in the game. Read LN-J story

Lobos will face Temple in first-round playoff at home Nov. 15

Longview will open up the playoffs against the Temple Wildcats (8-2, 7-1) in a Class 6A, Division II, Region II bi-district playoff at 7:30 p.m. Friday, Nov. 15, at Lobo Stadium. Tickets will be on sale this week beginning on Tuesday, Nov. 12, at the LISD Athletic Office. Tickets are $7 for adults and $3 for students. All seating will be general admission at Lobo Stadium.

No booster club meeting wil be held this month
The Longview Lobo Football Booster club will not meet during the month of November. Please check back for the next meeting date.

Lobos put up big numbers in second half to defeat Lee

Longview got all players into action Oct. 18 in a 49-13 victory against Rockwall Heath at Lobo Stadium. Read LN-J story

Lobos run away in second half to defeat Horn, 44-20
Longview junior running back Kaden Meredith rushed for 254 yards in a 44-20 win over Mesquite Horn Oct. 11 at E.H. Hanby Stadium in Mesquite. Read LN-J story

Longview had its offensive struggles on the big ESPN2 stage Sept. 12, but came alive after a 0-0 tie after the first quarter. The Lobo defense looked stellar all game, shutting out the John Tyler Lions, 42-0, at CHRISTUS Trinity Mother Frances Stadium in Tyler. 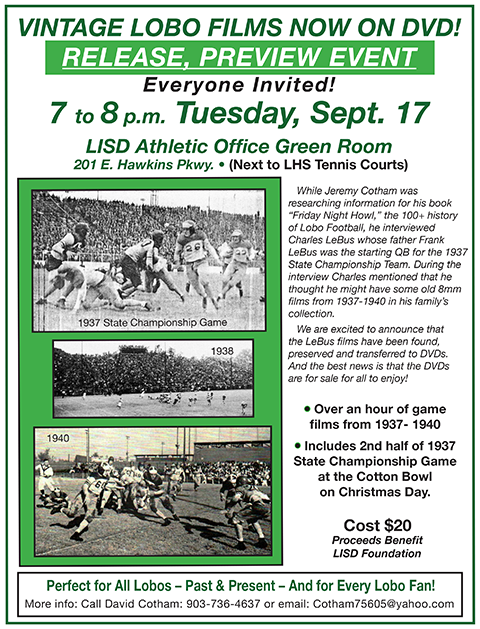 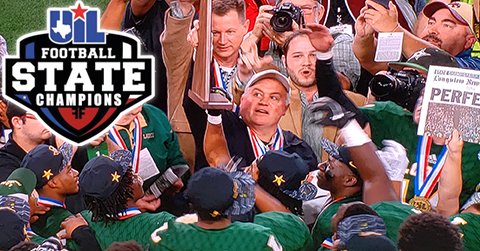